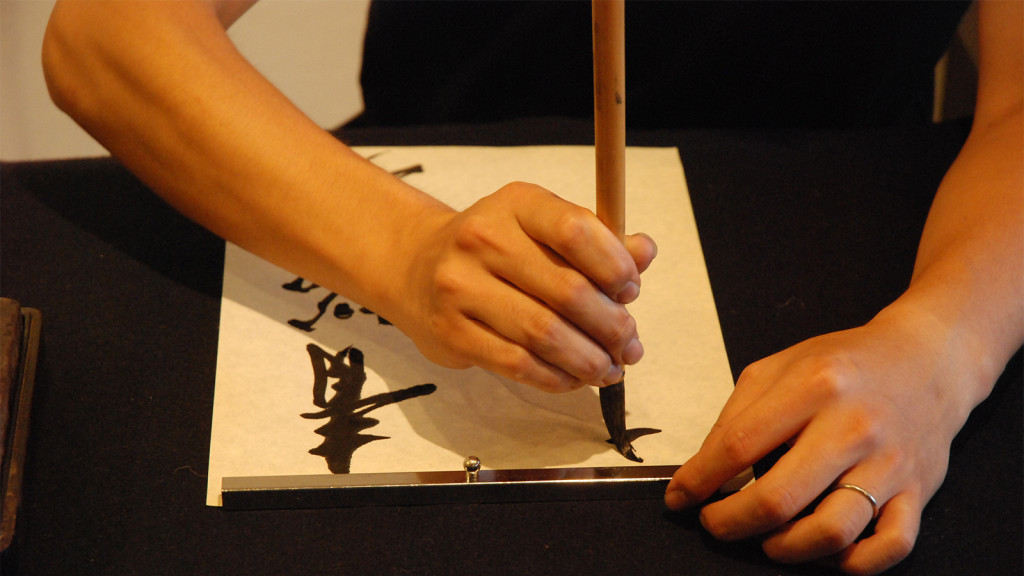 SHODO is the art of expressing characters with a flourish, scribing a line that extends from the first touch of brush to paper, to the departure of the brush from the completed piece. Sometimes the stroke is heavy, sometimes it is light. At times, it sweeps an arc, at others it takes dramatic turns. And where the brush floats from the plane of the paper to fall again at another location, the unbroken line remains in the eye of the beholder.
We have Various calligraphy class and events and workshops. Please confirm the atmosphere of the classroom by an experience lesson first. 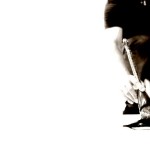 aoi shunkei
Born in Tokyo 1978. Showing a special talent he started his calligraphy practice at the age of 4.In his school days he learned in earnest under Cho-u Sugiyama a master calligrapher and has come to devote himself to the art of calligraphy.
【Education】BA in Chinese literature at Daito Bunka University
【Qualification】Teachers Certificate: language (Japanese) for middle and high schoolArt(calligraphy) for highschool
【Social Action Program】Solo Exhibition: to support the business recovery of Atago-no-Matsu (sake brewing) ,Ogatsu-Suzuri (stonework keyed to produce the ink-stone of Japan’s highest quality) in Ogatsu Ishinomaki ,the suffering area from the extensive damage by 3.11 earthquake /tsunami 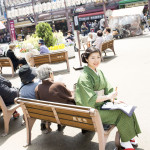 Natsuko Kanno
Born in 1984. Tokyo Gakugei University art course calligraphy specialty graduation During the environment that a note was being told with my grandparents, too, I have a brush more than 5 years old. I pile up overseas experience during a university student and notice charm of a note once more, and aims at activity of a note. The performance which was added to a picture and sound at each other places where a logo by handwriting, title making and writing of sentences are performed is put into effect. 2002 year Ministry of Education, Culture, Sports, Science and Technology authorization Writing brush copying official approval A teacher Acquisition. Natsuko Jinno Saori Takeshita two person exhibition “WA or, it isn’t seen.”@ Coppice Kichijoji in 2015